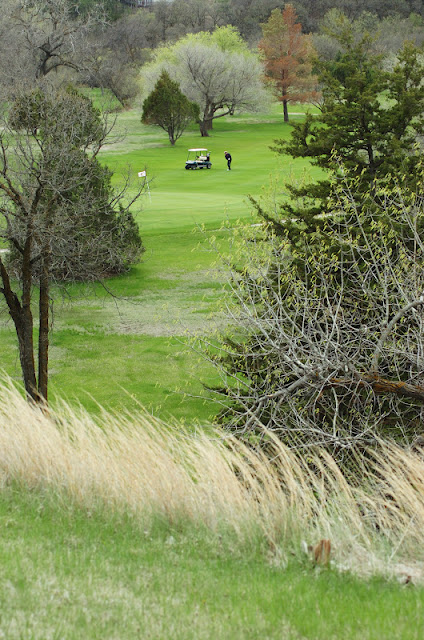 There's still time to get your swing perfected for the Cherry County Hospital Foundation's annual  Golf Tournament Fund Raiser that will be held at the Valentine Golf Club on Highway 12. You have until June 20, 2012, in fact. The Tournament will have a shot gun start at 10:00 a.m. with a four person scramble. Registration will be from 9:00 - 10:00 a.m. and the cost per team is $300. 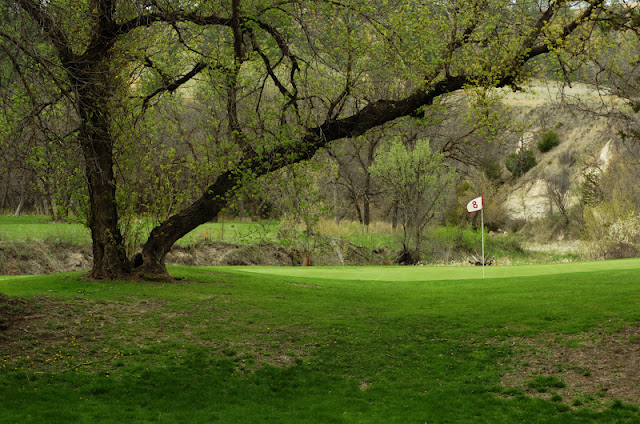 They're still accepting donations for the raffle.
The proceeds for the tournament will be used for a Bone Densitometer Unit for the Cherry County Hospital. 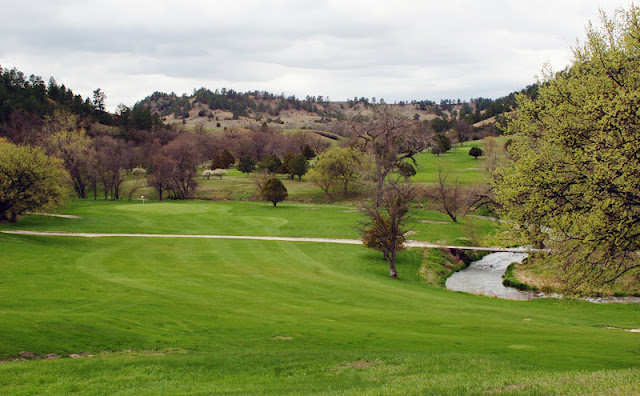 There is an inclement weather date scheduled for June 27.Call Kurt at 402-376-2088 to register or to donate to the tournament. The golf tourney is limited to the first 20 teams.
A trip to the golf course might be something your mom might like. May 13 is Mother's Day...something to consider. 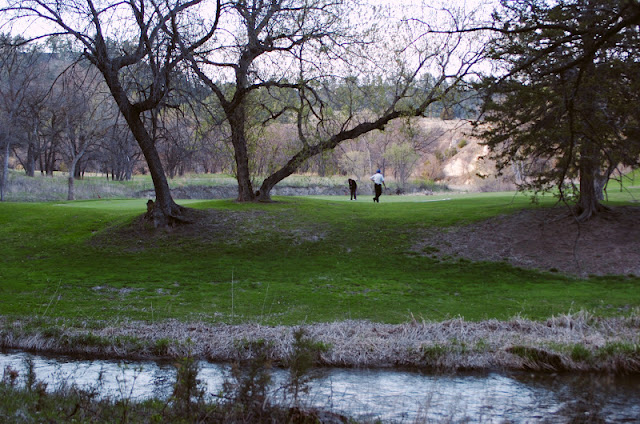 And a word from one of our sponsors Valentine's  Niobrara Lodge: 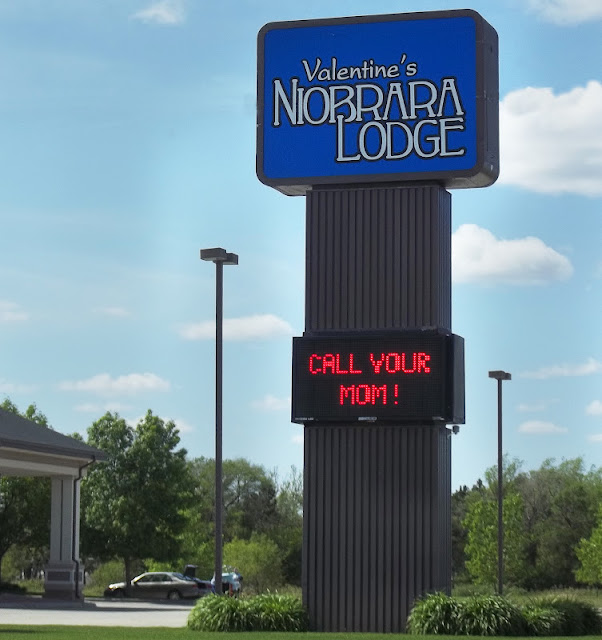 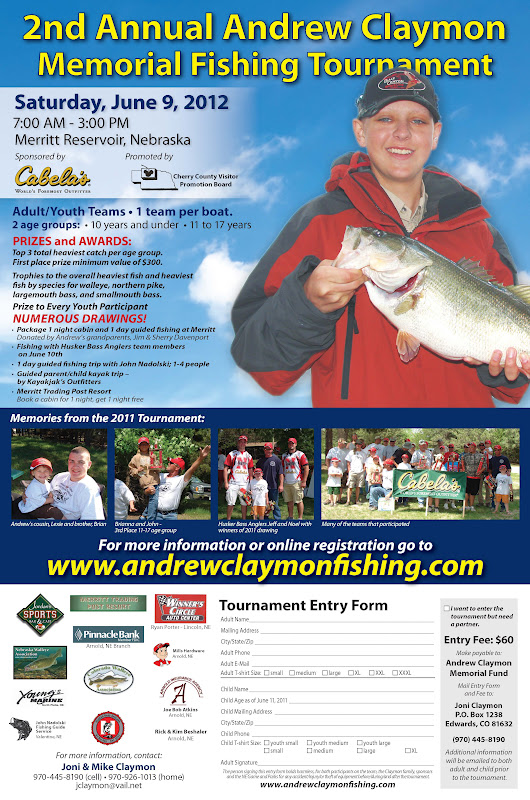 It's May and time to definitely begin thinking about your Vacation. Planning a vacation is going to surge up the adrenaline, a count down to the day, and bring about a thrill of exhilaration!

Here's a few things that are new and haven't been advertised on Sandhills Western Vacations Web site. The first is about the second annual Andrew Claymon Fishing Tournament that will be held on June 9, 2012. It's an opportunity for adults and youth to team up and catch fish. Of course, there's always bonding moments, and memories of a day out on Merritt Reservoir, surrounded by the Sandhills of Nebraska.

Andrew was a 15 year old energetic, athletic and happy freshman in high school. He was playing on the high school basketball team, lifting weights, snowboarding, hunting, fishing, learning how to drive and hanging out with friends. In early December 2008, Andrew noticed some weakness in his left arm. On December 31, 2008, after returning from holiday break at his grandparent’s house in Nebraska, Andrew had a MRI of his spine. The MRI revealed a large tumor in Andrew's epidural space of his spinal column. The tumor started at the base of his brain and ran about halfway down his spine - 8-10 inches long. The tumor had filled the space where the spinal fluid runs and was compressing his spinal cord. Instead of going to a friend's New Year's Eve party at the local bowling alley, Andrew was taken to Children's Hospital in Denver to begin the battle of his cancer, chordoma. Chordoma is extremely rare in children as on average there are only 5 children diagnosed annually in the entire country. It was discovered that the cancer had also metastasized to both of his lungs and many of the vertebrae of his spine. 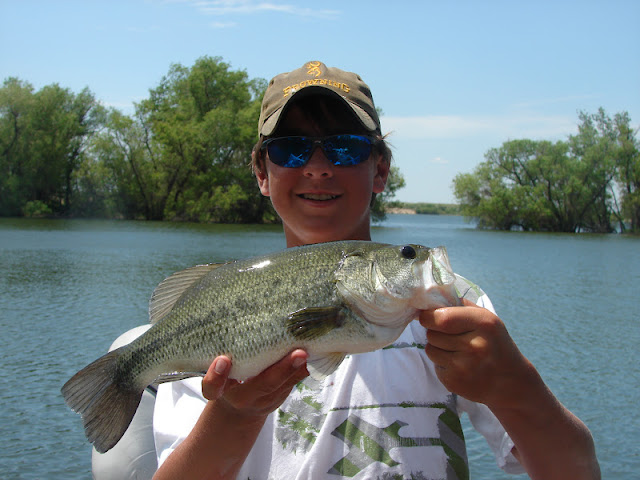 Andrew at Merritt in June 2008; six months prior to him being diagnosed with cancer (he still has his hair).

In early January 2009, Andrew started an intense 54 week chemotherapy plan, as well as, 5 weeks of radiation to his entire brain and spine. While still on chemotherapy treatments, a CT scan on December 7, 2009, revealed a large inoperable mass in his right lung that had spread systematically to his blood and lymphatic systems, Andrew was given 6 - 12 weeks to live. Andrew instead lived for 7 months and lived greatly. He went on several duck hunts, pheasant hunts, ice fishing in North Dakota, bass fishing on Falcon Lake in south Texas where he caught his largest bass ever and spent every day living his life as fully as possible.

Andrew had always dreamed of having his very own fishing boat so we bought him a boat and took it to his favorite lake, Merritt Reservoir, in early April and spent as many days as he could in his boat on the lake fishing. He also wanted to get “his dream job" at the bait shop at Merritt Reservoir. We moved to Merritt in mid-May and lived out of a camper so Andrew could work his dream job. He was able to work for 3 weeks in May and early June before the need for oxygen and pain medications prevented him from continuing work. 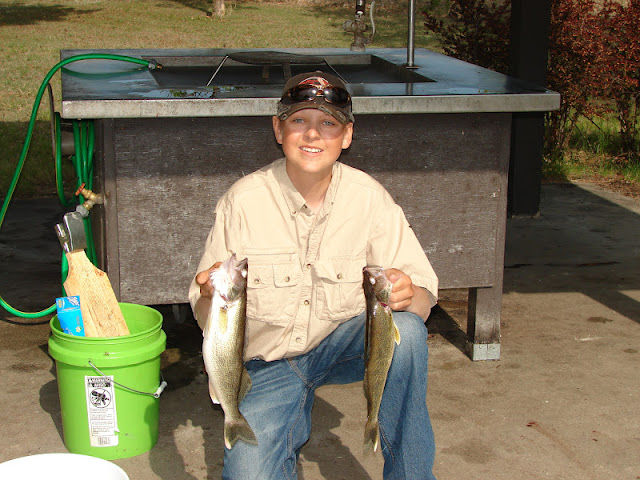 This is Andrew at Merritt in May 2010, about 6 weeks before he died.

Scans on June 2, 2010, revealed the cancer spreading to numerous places in his body and the doctors said that it was absolutely astounding that he was able to work and fish and not be in extreme pain. Andrew was determined to continue living in a camper with his family on the shores of Merritt Reservoir and fishing when he was able. Five days prior to his death on July 5, 2010, it was time to leave his favorite place on Earth, Merritt Reservoir. We moved Andrew to his grandparent’s home in Arnold, NE, where he bravely told his close friends and family good-bye and peacefully went to Heaven.

A few days prior to Andrew's death, his mother was talking to him about ways that he might want his memory kept alive after he died. Andrew had fished in a youth/adult fishing tournament at Lake McConaughy the past six years. His mother asked him what he would think about his family organizing and hosting an annual youth/adult fishing tournament at Merritt Reservoir in his memory. His eyes lit up and he said, "that would be cool".

That was all it took. On June 12, 2011, at Merritt Reservoir, we proudly hosted the innaugural Andrew Claymon Memorial Fishing Tournament and the second annual will be held on June 9, 2012, again at Merritt Reservoir. We plan to have this be an annual event in memory of our boy who loved to fish.

This tournament is a non-profit event with all of the sponsorship funds and entry fees going back into the tournament in the form of expenses and prizes. Our primary goals are Andrew's memory, a fun
day at Merritt Reservoir and youth fishing.

Here are the rules and regulations for the tournament:

The second annual Andrew Claymon Memorial Fishing Tournament will be held on Saturday, June 9, 2012 at Merritt Reservoir. The team format is youth/adult; youth 17 years or younger as of June 9, 2012, and adult 18 years or older as of June 9, 2012. Fishing hours will be from 7:00 a.m. - 3:00 p.m. One team per boat and no spectators are allowed in the boat. A rules meeting/tournament dinner the night before at the Merritt Reservoir cabins/restaurant area and an awards ceremony immediately following the tournament at Beeds Landing boat ramp area.

The cost for entering the tournament is $60.00 and includes entry into the tournament, 2 tournament t-shirts, 2 hats, dinner on Friday night and a prize for every youth fisherman! Online entry is available atwww.andrewclaymonfishing.com or a mail in entry form can be sent to you by contacting Joni Claymon at jclaymon@vail.net or 970-926-1013. Teams will be “numbered and released to fish” based on the order that the entry forms are received. 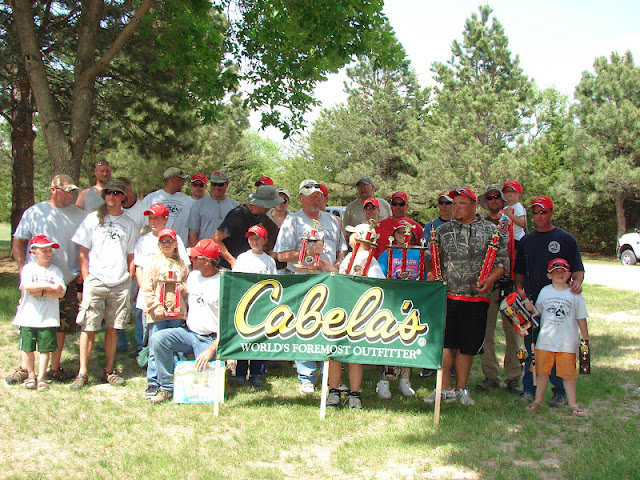 Many of the tournament participants posing for a group photo.

There will be two age groups for prizes: 10 and under, and 11 to 17, with prizes and trophies going to the top three in each age group based on "total heaviest catch" of all allowed species. The prizes for top three in each age category are numerous and include one or more prize(s) from the prize table (value ranges from $10 - $40 per prize), cash, gift cards to Cabela's, etc.

Trophies will be awarded for "heaviest" fish in four categories - walleye, northern pike, largemouth bass and smallmouth bass - and an "overall heaviest fish" trophy from all allowed species. Every youth participant gets a prize from our prize table which consists of prizes for all age ranges that focus on outdoors, fishing, camping, etc. 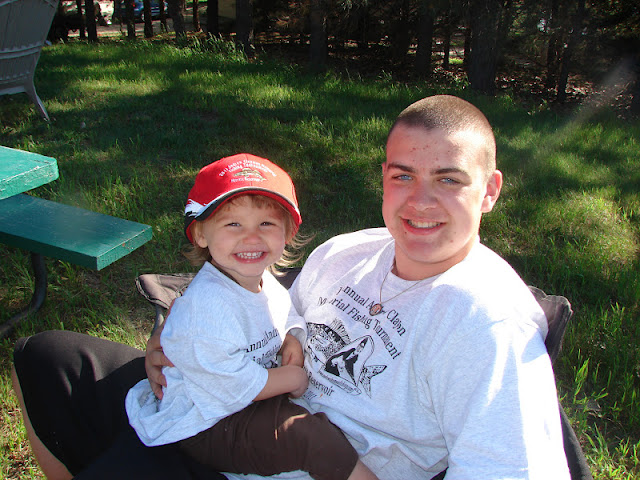 Lexie, Andrew’s cousin, is sitting on Brian, Andrew’s brother. There's lots of fun to be had at Merritt Reservoir.

The following species are allowed to be caught and included in the "total weight caught": bluegill, crappie, perch, walleye, largemouth bass, smallmouth bass and northern pike. No catfish, muskie, carp or drum are allowed in “total weight caught”. All Nebraska state 2011-2012 fishing regulations (bag, possession and length limits) will be enforced.

One of the highlights of last year’s tournament was the participation of two team members from the University of Nebraska Husker Bass Anglers fishing team. Before cancer took his life on July 5, 2010, Andrew Claymon had planned on attending UNL and being a member of this fishing team. 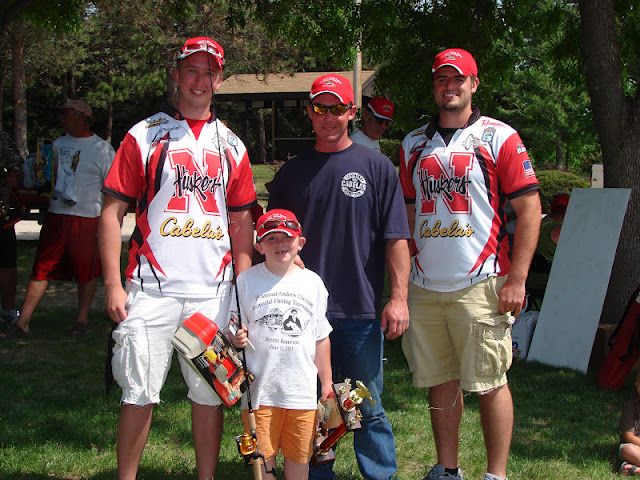 Last year was a drawing from all youth participants and the winner of the drawing won a fishing outing for several hours on Sunday with these 2 team members. The same drawing will be held again this year in addition to the following drawings:

· Book a medium cabin for 1 night; get 1 night free at Merritt Trading Post Resort – donated by the John Bauer family 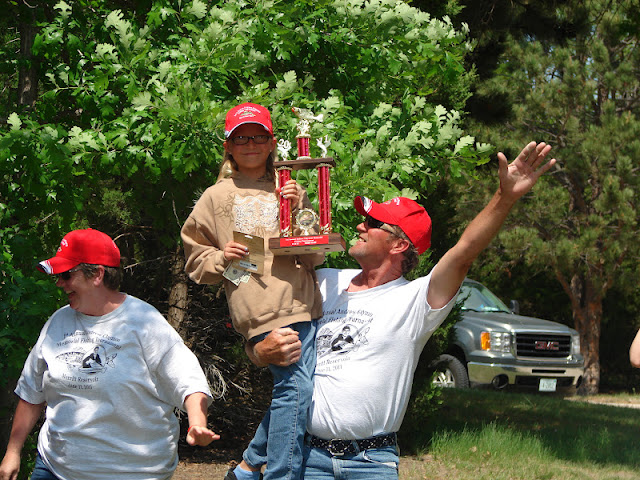 
We'll learn about the second fun event that will be taking place here in the Sandhills...stay tuned and get your swing perfected!