All eyes to the skies

With Hurricane Irene, all eyes have been focused on the skies. The stormy, rainy, cloudy, skies. Our hearts and prayers go out to the Eastern Seaboard and her people.
Meanwhile, closer to home, August has had some pretty interesting skies. Some have been stormier than others - none as destructive as Hurricane Irene - thank God.
The clouds are mostly a show from storms farther away, or are just starting up. A few inches of rain fell when they finally made it to Valentine. Local residents have said they've never seen the tops of the hills as green as they have this year. 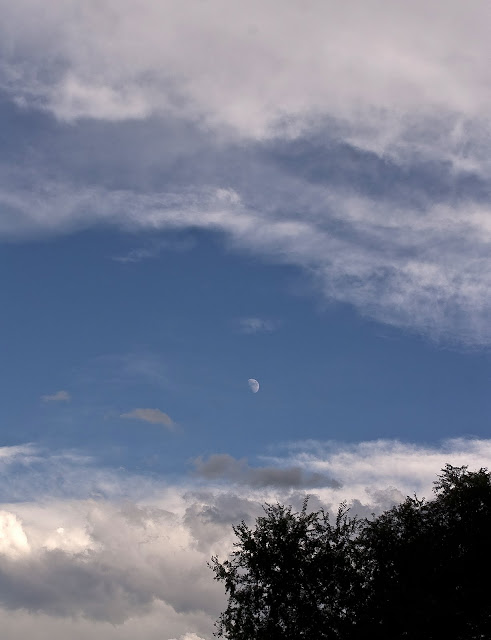 The moon peeps out from a break in the clouds. 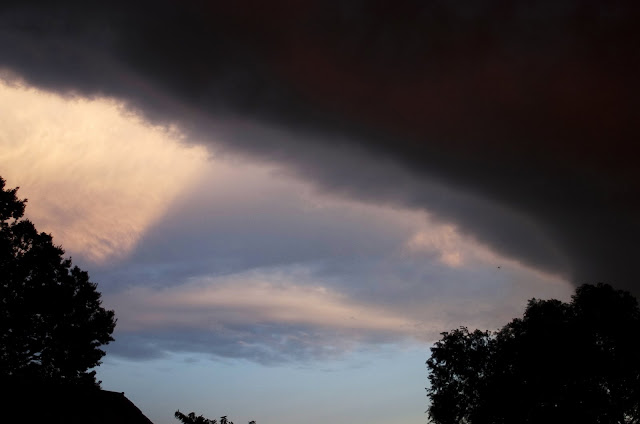 Talk about a shelf cloud!!!! It was rolling in from the west, with this view looking south. 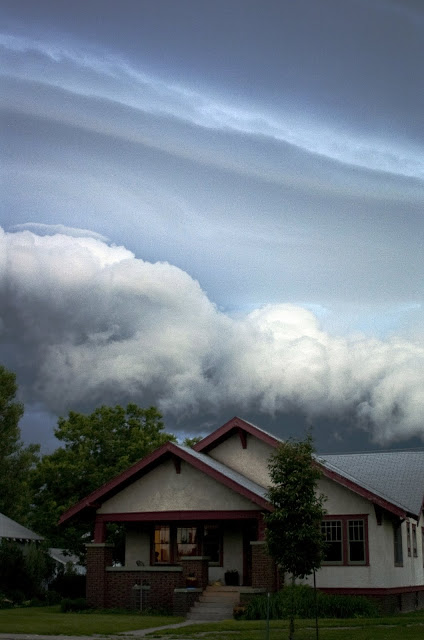 These are the clouds from above, only facing west. They brought some cooling winds. 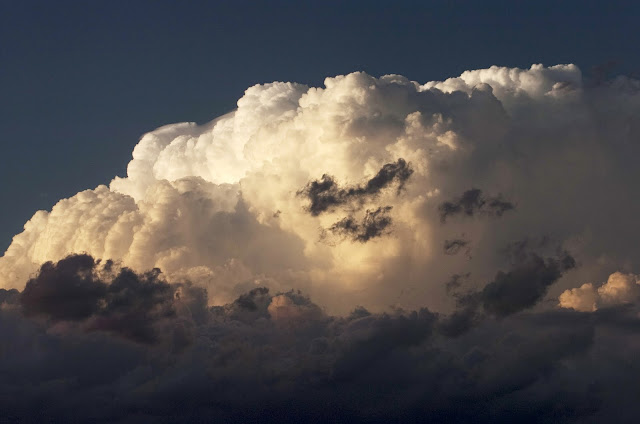 There's something pretty spectacular with thunderheads and in the Sandhills, you can see them forming from a long way off. 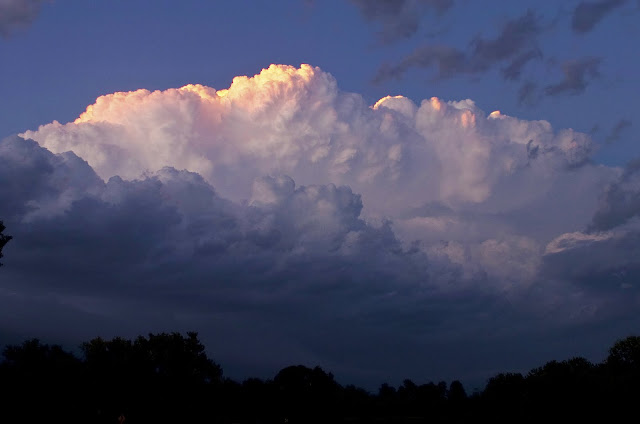 The sun is glinting off the tops of these thunderheads. 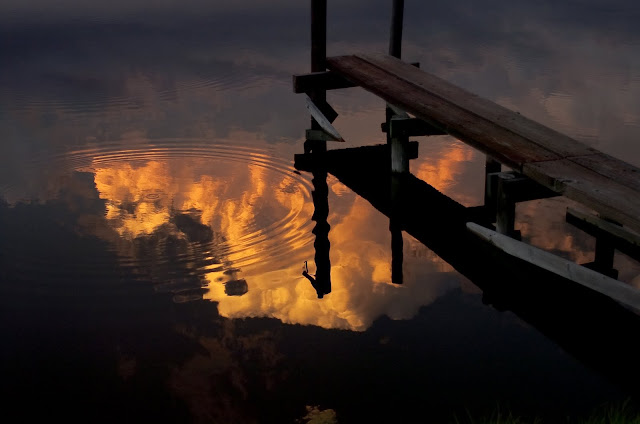 And were reflected in the ponds at the Fish Hatchery. 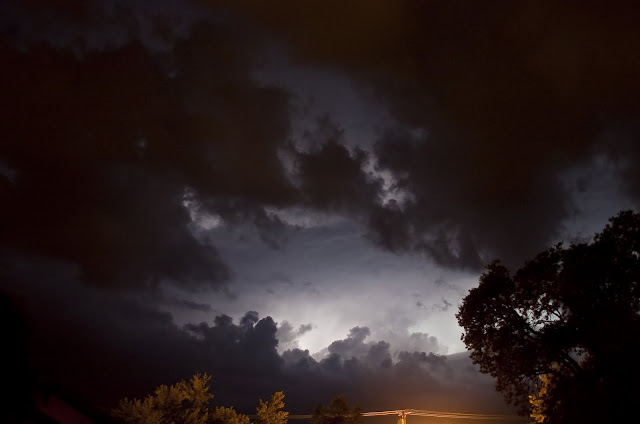 Heat lightning brightens up the sky above and below. 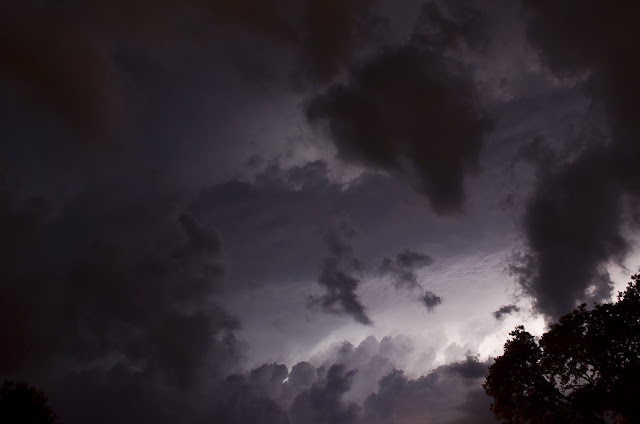 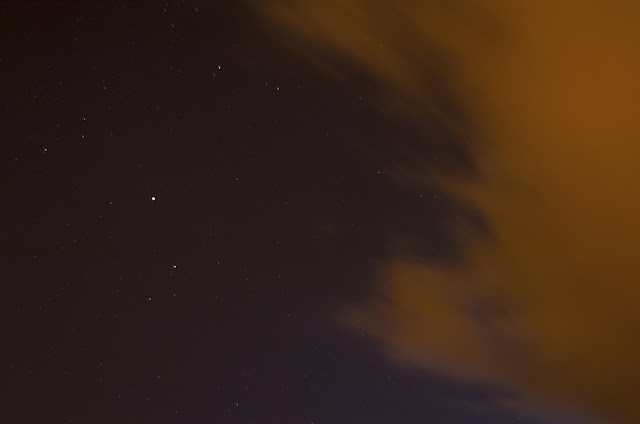 Behind the clouds stars peep out. The brightest star above is Spica in the western sky. The photo below is facing more toward the south. What beauty in the night sky. 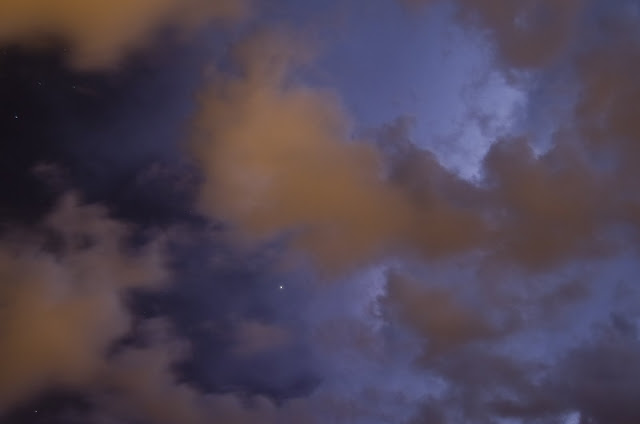 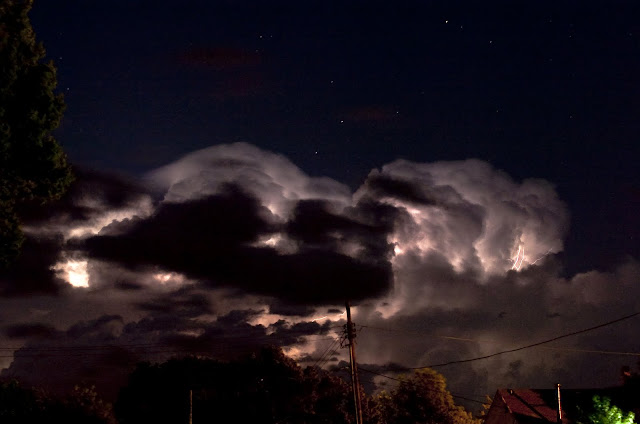 Facing east this evening, a small and active cloud was showing off with all sorts of activity above and below. 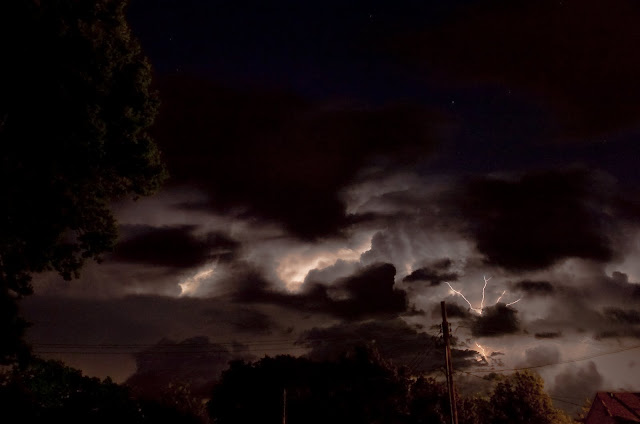 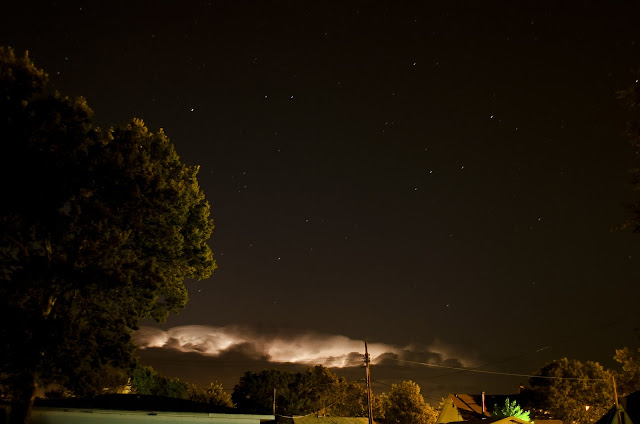 As the storm dissolves, it is replaced by the jewels of the night sky. 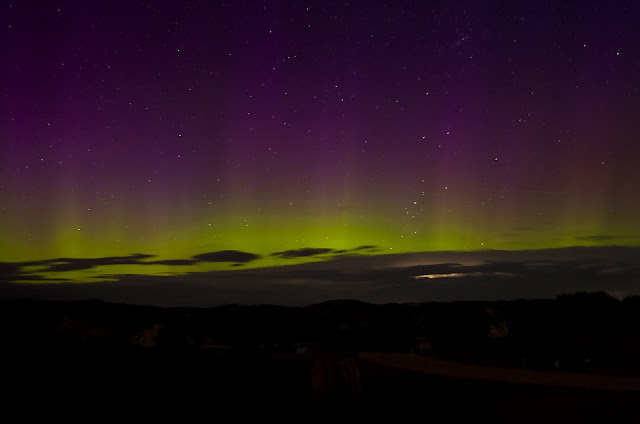 For the folks who enjoyed the Star Party at Merritt Reservoir this year, they were treated to this aurora borealis on their last evening there. It was greatly appreciated with a lot of oohs and ahhhs.
Here's hoping you can come to the Sandhills and enjoy some of the beauty the skies have to offer. Unspoiled. Pristine. Worth protecting!
Posted by Unknown at Wednesday, August 31, 2011 No comments: