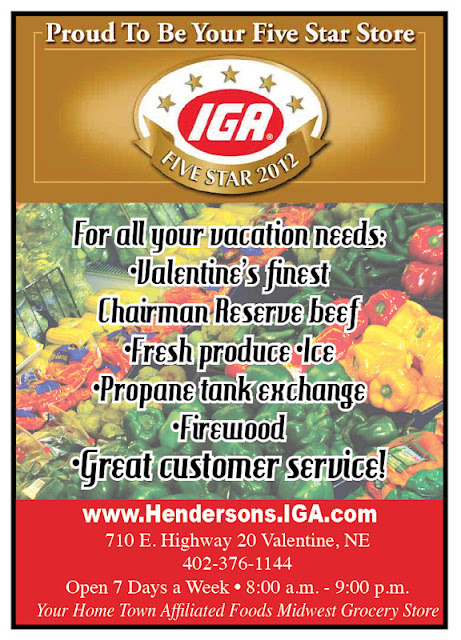 Henderson's IGA is a Five Star Store, and that's because they offer the best service and products.

With the economy as it is, and vacation plans looming this summer, why not take advantage of Henderson's new feature - PRINT-AT-HOME coupons!

It's simple. It's fast. And it saves you money. You can either click the ad that looks like this on the front of the SandhillsWesternVacations.com Web site which will take you directly to their Web site.

Or, go to Hendersons.iga.com and click on the coupon button on the red bar at the top of the page. From there, just select the coupons you want. When you're finished, print them and begin SAVING!

What's especially nice about this feature for travelers, is not having to deal with bringing food from "home." Melting ice, drippy coolers, possible spoilage...when you can get all your grilling, 'smores and more at Henderson's IGA, located on Highway 20 in Valentine.
And you'll get it all fast and with a smile! That's what makes them a Five Star Store!
Posted by Unknown at Tuesday, June 26, 2012 No comments: 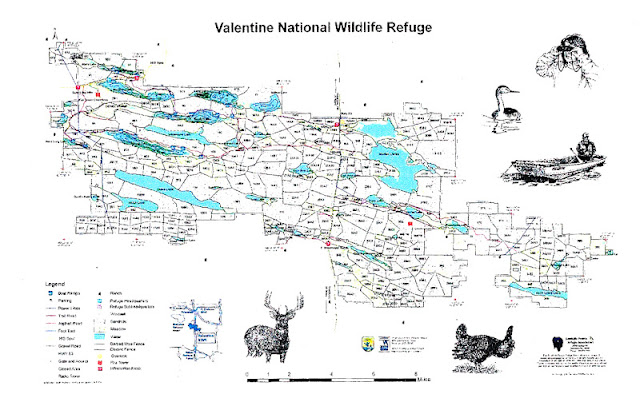 The Sandhills Prairie Refuge Association has helped the Valentine National Wildlife Refuge get these magnificent 24" x 36" maps of the south refuge, located on Highway 83, about 25 miles from Valentine, Nebraska.
These maps show lakes, markers, roads, and different areas for hunting and retail for $10.00 each.

Earlier this month, sky gazers got the opportunity to see something that is so rare, according to news.nationalgeographic.com, that only six Venus transits have been observed since the invention of the telescope more than 400 years ago.

Here, the organizers of the Nebraska Star Party set up to see the Venus transit. 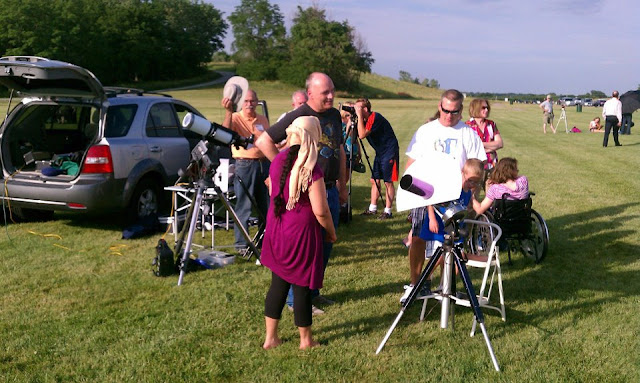 Organizer John Johnson took the photo below of the Venus transit. He is pictured above, near the vehicle, while putting his cowboy hat on. 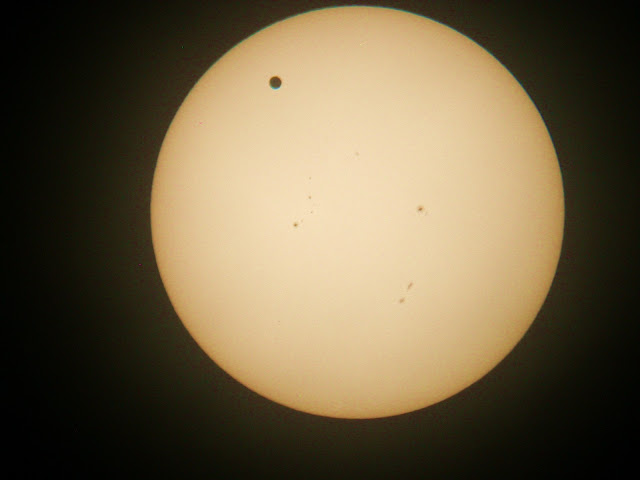 We won't get to see the Venus transit at the Nebraska Star Party this July 15-20, 2012, but there are other things that you'll be able to see that are equally as stellar.

You have several options for luxurious accommodations including the Niobrara Inn, Trade Winds Lodge (Click on their advertisements along the side edge of the site to book your accommodations), or you can rough it by camping at Merritt Reservoir.


There are classes that can be taken for the beginner and intermediate sky watchers, along with classes for the kids. Classes on Wednesday, July 18, will be held at Valentine High School and will begin at 12:30 p.m and run through 4:30 p.m. at the school's auditorium. Here is a list of speakers with two of them using Skype to present their classes.

Steven Lee works for JPL and is the Guidance, Navigation and Control Manager for the current NASA Mars Science Mission (http://mars.jpl.masa.gov/msl/) that is scheduled to land on Mars this August. He will share his presentation via Skype.

Also sharing via Skype, is Kevin Hussey, the JPL Manager of Visualization Technology, Applications and Development. He developed the Eyes on the Solar System and Eyes on the Earth programs.

Cal Beard, who will be at the auditorium live, is a comet hunter and will speak to the group about the science of comet hunting. (No bows and arrows needed for this hunt!)

Also speaking live, will be Mike McGlone, a NASA Education Specialist and will speak to the NSP attendees as well as to the teachers at the science teacher program.

The organizers will be co-sponsoring with the NASA-Nebraska Space Grant program, an extra middle and high school science teacher training seminar for teachers in the mid-part of the state plus Omaha area teachers.

You can find out more and register for a family filled week by going to the Nebraska Star Party's Web site at: www.nebraskastarparty.org

Look for clear skies and fun times. Last year, attendees were blessed with the most beautiful aurora borealis. You can see that photo by going to the events portion of this Web site. Who knows what our Creator will have planned for NSP 2012! Register now and see what that could be!
Posted by Unknown at Tuesday, June 19, 2012 No comments: